Diamonds Aren't Forever, but Van Gaal and Rodgers Know How to Make Them Shine 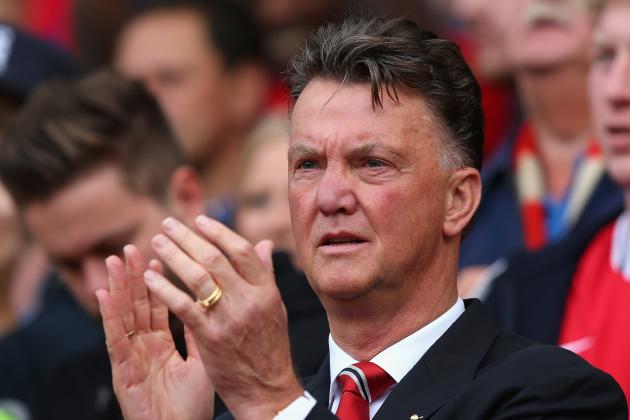 There’s been a huge amount of excitement since Louis van Gaal won his first game as Manchester United manager, beating QPR 4-0 on Sunday as though he’s suddenly stumbled on some secret formula which will guarantee success—a feeling inflated by the fact England prospered with a diamond in winning their opening Euro 2016 qualifier, 2-0, away to Switzerland.

Van Gaal himself has retained an air of slight bewilderment at the excitement, insisting his philosophy remains unchanged, and that is far more important than the formation.

And Liverpool fans have joined in, making the valid point that Brendan Rodgers has repeatedly used a diamond over the past year or so.

And, of course, none of this is new. The diamond midfield has existed since at least the 1960s, when Viktor Maslov employed it at Dynamo Kiev.

What’s happened is that—as is the nature with many tactical trends—the diamond has come back into fashion, at least in part because teams have, in general, forgotten how to play against it.

It could be argued this is characteristic of the modern age of tactics: All the major evolutionary leaps have been made, so what we’re seeing are incremental developments on the one hand (in the sense that, say, tiki-taka was an updated version of the updated version of Total Football employed by Van Gaal at Ajax and Barcelona in the 1990s), and, on the other, a vast game of scissors-paper-stone in which ways of playing and formations come into and slide out of fashion.

The problem with the diamond—at least when it’s used as an attacking formation—is its narrowness.

There’s a gamble that the central midfield will win enough control of the ball to prevent opposing wingers coming into the game, while it’s almost impossible for the team playing the diamond to stop the opposing full-backs if they are attack-minded. 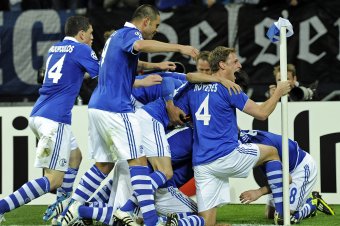 When Schalke hammered Inter Milan 7-3 on aggregate in the Champions League quarter-final in 2011, the main reason was that their full-backs, Atsuto Uchida and Hans Sarpei, had the run of the flanks because the Serie A team's diamond had no way of countering them.

That’s the risk, but what Liverpool and England showed is that judicious use of the centre-forwards—pulling wide into the space behind the full-backs—can make them wary of advancing too far.

That has the added bonus of clearing room for the player operating at the tip of the diamond—Raheem Sterling in these cases—to attack, his deep starting position making him difficult to pick up.

In theory, a side playing 4-2-3-1 should be able to cover his runs, but many holding midfielders simply don’t have the pace.

United are a slightly different case. Van Gaal’s insistence that the philosophy remains unchanged is supported by how similar his diamond is to a 3-5-2.

All that has happened is that one of the three centre-backs now plays 10 yards or so further forward, while the wing-backs play 10 yards or so deeper.

They may return to 3-5-2 and, even if they don’t, there will be times that Daley Blind drops back between the centre-backs to form a de facto back three as the full-backs push on.

In that sense, the diamond functions like the 3-5-2 as a way to include both a front two and a midfield three (and it would be odd if two of Wayne Rooney, Robin van Persie and Radamel Falcao did not find themselves in the team)  (something Van Gaal has almost always insisted upon).

Juan Mata doesn’t have Sterling’s pace, but his recent goalscoring run suggests how he has benefited from the space created by the two forwards, although his role may, ultimately, be a more orthodox playmaking one, with Angel Di Maria breaking beyond him.

In both modes, the diamond is enjoying a new lease of life. It may be that the willingness of modern centre-forwards to pull wide negates one of its key drawbacks. But it is no panacea. No formation ever is.